​Long and slack but climbs like an XC bike…  These seem to be the descriptors used for any new “Enduro” bike out on the market today.  But I have to be just as guilty when describing the Yeti SB150.  Compared to a medium Kona Operator downhill bike, the wheelbase is only 25mm shorter, the reach is exactly the same at 460mm and the head tube angle is mild 1.5° less slack.  What this accomplishes is one of the most stable Enduro bikes on the market.  Add that to the steep 77° seat tube angle and Yeti’s signature Switch Infinity Link and you’ve got yourself a downhill bike that you can easily pedal to the top of any of your local super sick steep trails! 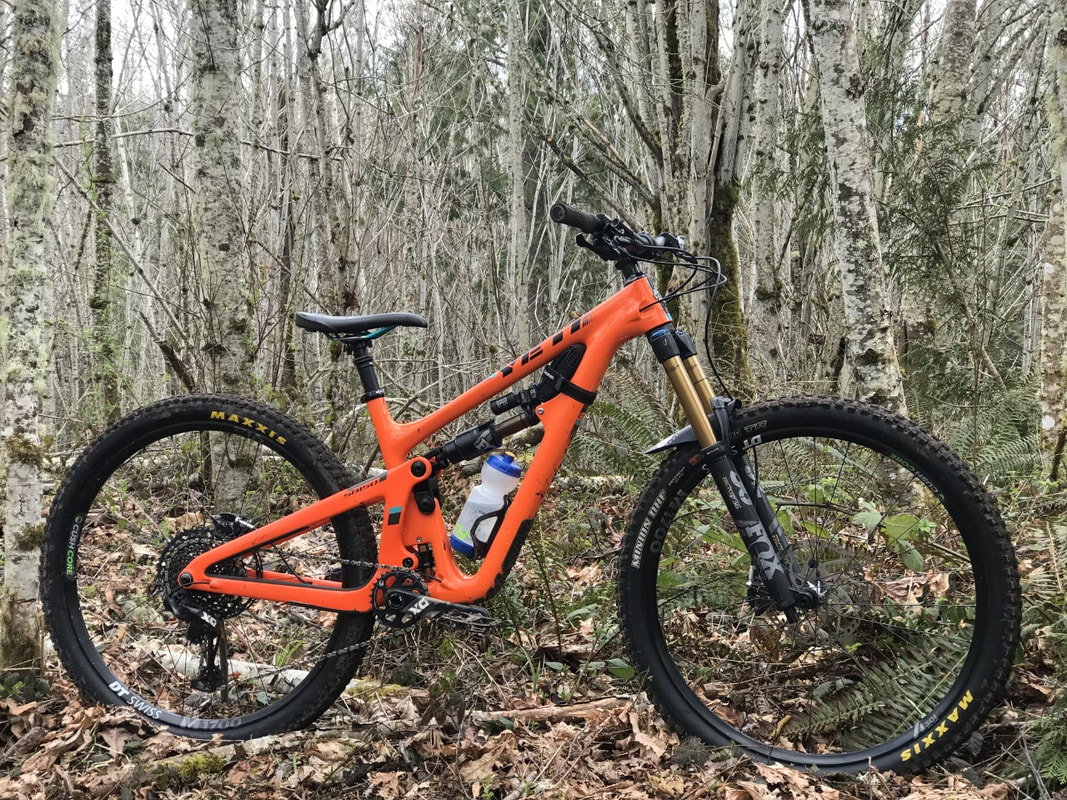 ​The SB150 can be purchased from Yeti with various levels of configurations.  My test bike was the T2 with Fox Factory 36 fork and Fox Factory X2 rear shock, SRAM X01 drive train and SRAM Code RSC brakes which retails for $7699.  That is a pretty hefty price tag but Yeti does have a lower spec SB150 that retails for $5699. 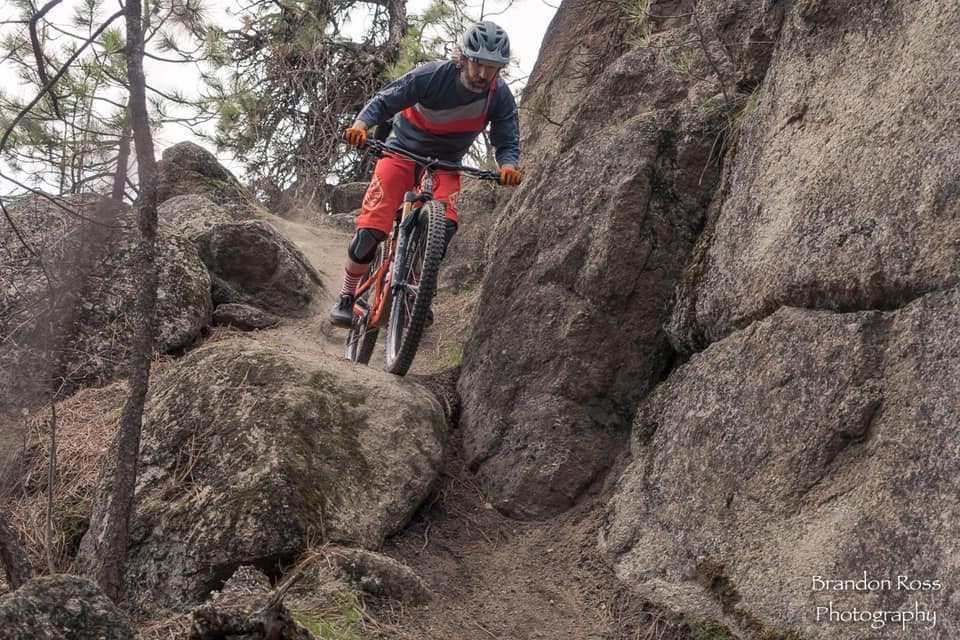 ​My test time on the SB150 started over a year ago when my personal bike was in the shop due to my dropper being sent back for warranty but the annual Hub-A-Palooza race was quickly approaching at which I signed up to participate in the Enduro as well as 2 different downhill races over one weekend.  Talking with Jay, my bike choices came down to the Yeti SB150 or a Kona Process 153 CRDL 29er.  Tough choice since my personal bike was a Kona Process 153 CRDL 27.5” and I had spent more time on it compared to the single ride on the SB150.  Knowing the trails that I would be racing on and the fact that I was racing in 2 downhill races, I chose to go with the longer and slacker SB150.  I really don’t think I could have gone wrong with either choice but….  I made a great choice!  It was apparent right away as we climbed up to practice the hardest stage of the Enduro, “Zipper”. 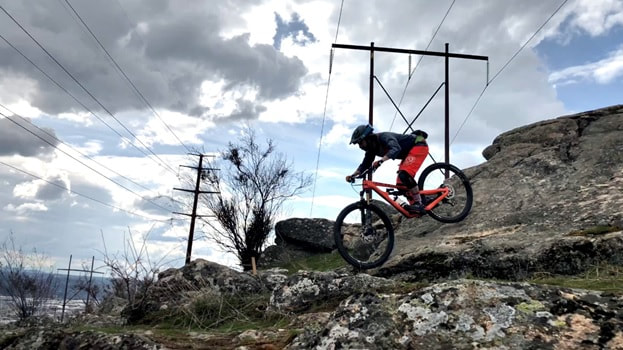 ​Climbing
The pedal ability is not over the top by any means but when pedaling up a long travel bike is normally a bit of a slog, the SB150 proved otherwise.  Yes, there are better pedaling enduro bikes out there but the SB150 with its Switch Infinity Link and 77° seat tube angle held its own on the way up.  I did not feel any suspension bob while pedaling unless I was stand up mashing on the pedals, which even that was very slight.  Yeti’s Switch Infinity Link is two vertical stanchions that the carrier moves up and down as the suspension cycles.  The carrier moves up the rails to help achieve a high anti-squat curve using tension from the chain, it then moves back down the rails halfway through the shock stroke to reduce chain tension and allows the linkage to move more freely.  This really does help with the efficiency of each pedal stroke.  The only issue I had was tighter switchbacks or steep punches uphill due to the longer wheelbase and slack head tube.  It took more body movement and shifting to maneuver certain sections and obstacles on the climb.  That said, the overall efficiency of the SB150 was terrific.  But we made it to the top and now for the fun stuff! 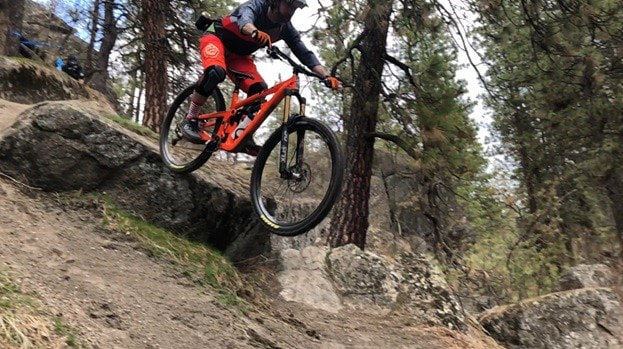 Descending
If you’ve ever ridden the trails at Camp Sekani or Beacon Hill in Spokane, you can contest that the terrain there is covered with rock slabs of all shapes, sizes and steepness as well as tons of fast flowy single track.  Perfect for testing a bikes ability.  The “Zipper” trail starts off with a large rock roll into a second even larger and steeper rock roll.  The long and slack SB150 always stayed planted to the ground, except when I wanted to leave it.  It wasn’t as playful as say the Kona Process 153 or it’s sibling the Yeti SB130 but boy it was fast!  It took some getting used to cornering with the 29” wheels on such a long bike but once I adjusted my weight forward more, I was able to maneuver this machine with more ease.  The bike just kept giving me more and more confidence to ride sections I had shied away from in past visits to these trails. 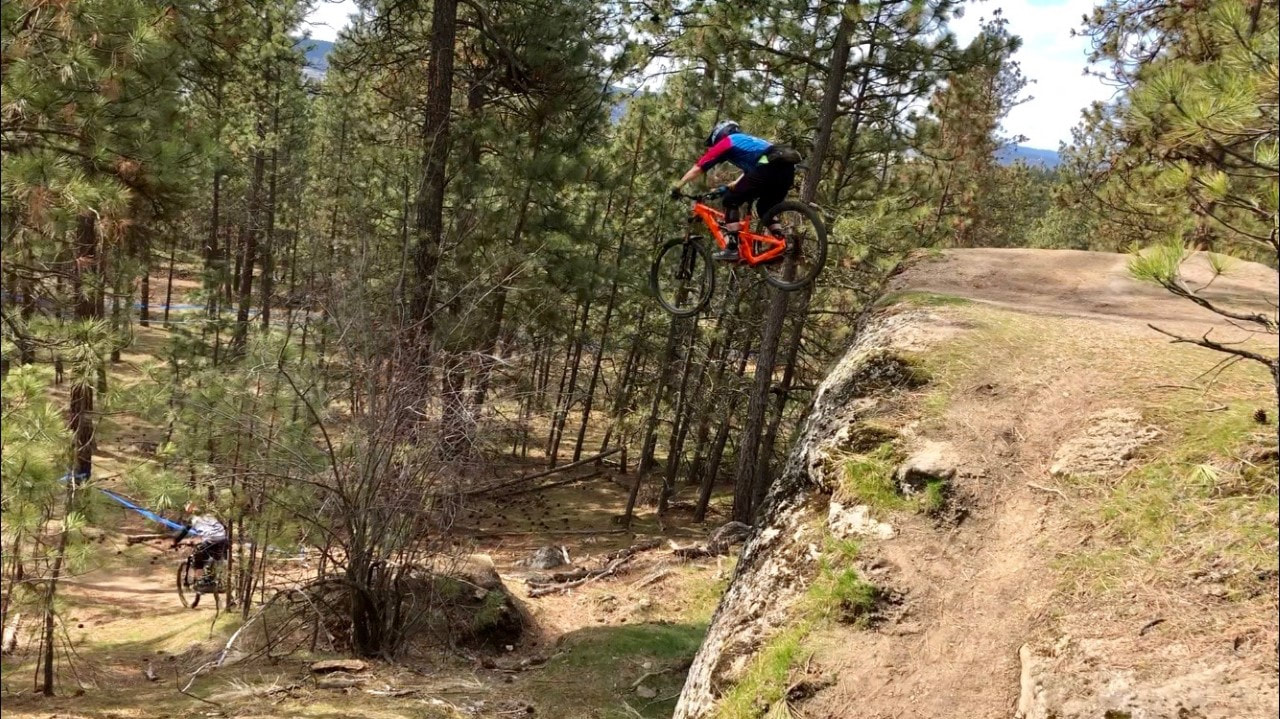 ​Overall Thoughts
I’ve ridden many different enduro style bikes and honestly have to say that if I wanted a race machine that I could also take up to Whistler for a bike park weekend, the SB150 would be my choice.  It may not help you win any uphill challenge but you will get to the top with plenty of ease and it’ll leave you with so much energy to rally it back down the trail, smiling the entire way down.